And there we have the political leader: a shepherd of men. But this first division remains unsatisfactory. It has to be pushed further. And so the dialogue starts all over again. And the dialogue wanders astray with these never-ending subdivisions.

So, what do the initial development of the dialogue and its subsequent failure show? It also shows that the idea of analysing political power as the relationship between a shepherd and his animals was probably rather a controversial one at the time. Was it a commonplace at the time? Or was Plato rather discussing one of the Pythagorean themes?

The absence of the shepherd metaphor in other contemporary political texts seems to tip the scale towards the second hypothesis. But we can probably leave the discussion open. My personal enquiry bears upon how Plato impugns the theme in the rest of the dialogue.


He does so first by means of methodological arguments and then by means of the celebrated myth of the world revolving round its spindle. The methodological arguments are extremely interesting. Whether the king is a sort of shepherd or not can be told, not by deciding which different species can form a flock, but by analysing what the shepherd does.

What is characteristic of his task? First, the shepherd is alone at the head of his flock. Second, his job is to supply his cattle with food; to care for them when they are sick; to play them music to get them together, and guide them; to arrange their intercourse with a view to the finest offspring.

So we do find the typical shepherd-metaphor themes of Oriental texts. Like the shepherd, he is alone at the head of the city. But, for the rest, who provides mankind with food? The king? The farmer, the baker do. Who looks after men when they are sick? The physician. And who guides them with music? The gymnast — not the king. Plato therefore resorts to the myth of the world revolving round its axis in two successive and contrary motions.

In a first phase, each animal species belonged to a flock led by a Genius-Shepherd. The human flock was led by the deity itself. It could lavishly avail itself of the fruits of the earth; it needed no abode; and after Death, men came back to life. For they had been given fire.

Not at all. His job was to weave a strong fabric for the city. Not impugned entirely, however. Plato did admit that the physician, the farmer, the gymnast, and the pedagogue acted as shepherds. He said so explicitly: how would the politician ever find the time to come and sit by each person, feed him, give him concerts, and care for him when sick?

Only a god in a Golden Age could ever act like that; or again, like a physician or pedagogue, be responsible for the lives and development of a few individuals. But, situated between the two — the gods and the swains — the men who hold political power are not to be shepherds. In short, the political problem is that of the relation between the one and the many in the framework of the city and its citizens. The pastoral problem concerns the lives of individuals. All this seems very remote, perhaps. The reason for my insisting on these ancient texts is that they show us how early this problem — or rather, this series of problems — arose.

They span the entirety of Western history. They are still highly important for contemporary society. It must be recognised for what it is: one of the extremely numerous reappearances of the tricky adjustment between political power wielded over legal subjects and pastoral power wielded over live individuals. I have obviously no intention whatsoever of recounting the evolution of pastoral power throughout Christianity. The immense problems this would raise can easily be imagined: from doctrinal problems, such as Christ's denomination as 'the good shepherd', right up to institutional ones, such as parochial organisation, or the way pastoral responsibilities were shared between priests and bishops.

All I want to do is bring to light two or three aspects I regard as important for the evolution of pastorship, i. First of all, let us examine the theoretical elaboration of the theme in ancient Christian literature: Chrysostom, Cyprian, Ambrose, Jerome, and, for monastic life, Cassian or Benedict.

The Hebrew themes are considerably altered in at least four ways: 1. First, with regard to responsibility. We saw that the shepherd was to assume responsibility for the destiny of the whole flock and of each and every sheep. In the Christian conception, the shepherd must render an account — not only of each sheep, but of all their actions, all the good or evil they are liable to do, all that happens to them. Moreover, between each sheep and its shepherd Christianity conceives a complex exchange and circulation of sins and merits. The sheep's sin is also imputable to the shepherd.

He'll have to render an account of it at the Last Judgement. Conversely, by helping his flock to find salvation, the shepherd will also find his own. But by saving his sheep, he lays himself open to getting lost; so if he wants to save himself, he must needs run the risk of losing himself for others. If he does get lost, it is the flock that will incur the greatest danger. But let's leave all these paradoxes aside.

My aim was just to underline the force and complexity of the moral ties binding the shepherd to each member of his flock. And what I especially wanted to underline was that such ties not only concerned individuals' lives, but the details of their actions as well. The second important alteration concerns the problem of obedience.

In the Hebrew conception, God being a shepherd, the flock following him complies to his will, to his law. Christianity, on the other hand, conceived the shepherd-sheep relationship as one of individual and complete dependence. This is undoubtedly one of the points at which Christian pastorship radically diverged from Greek thought.

If a Greek had to obey, he did so because it was the law, or the will of the city. If he did happen to follow the will of someone in particular a physician, an orator, a pedagogue , then that person had rationally persuaded him to do so. And it had to be for a strictly determined aim: to be cured, to acquire a skill, to make the best choice. In Christianity, the tie with the shepherd is an individual one. It is personal submission to him. His will is done, not because it is consistent with the law, and not just as far as it is consistent with it, but, principally, because it is his will.

Obedience is a virtue. This means that it is not, as for the Greeks, a provisional means to an end, but rather an end in itself. It is a permanent state; the sheep must permanently submit to their pastors: subditi. Christian pastorship implies a peculiar type of knowledge between the pastor and each of his sheep. This knowledge is particular. It individualizes. That of each sheep must also be known.

The theme existed long before there was Christian pastorship, but it was considerably amplified in three different ways: the shepherd must be informed as to the material needs of each member of the flock and provide for them when necessary. He must know what is going on, what each of them does — his public sins. Last and not least, he must know what goes on in the soul of each one, that is, his secret sins, his progress on the road to sainthood.

In order to ensure this individual knowledge, Christianity appropriated two essential instruments at work in the Hellenistic world: selfexamination and the guidance of conscience. It took them over, but not without altering them considerably. The guidance of conscience was also predominant in certain cultured circles, but as advice given — and sometimes paid for — in particularly difficult circumstances: in mourning, or when one was suffering a setback. Christian pastorship closely associated these two practices.

Being guided was a state and you were fatally lost if you tried to escape it. The ever-quoted phrase runs like this: he who suffers not guidance withers away like a dead leaf. As for self-examination, its aim was not to close self-awareness in upon itself, but to enable it to open up entirely to its director — to unveil to him the depths of the soul. There are a great many first-century ascetic and monastic texts concerning the link between guidance and self-examination that show how crucial these techniques were for Christianity and how complex they had already become.

What I would like to emphasise is that they delineate the emergence of a very strange phenomenon in Greco-Roman civilisation, that is, the organisation of a link between total obedience, knowledge of oneself, and confession to someone else. There is another transformation — maybe the most important. Mortification is not death, of course, but it is a renunciation of this world and of oneself: a kind of everyday death. 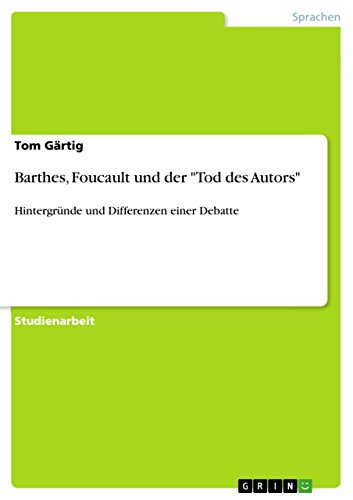 A death which is supposed to provide life in another world. This is not the first time we see the shepherd theme associated with death; but here it is other than in the Greek idea of political power. It is not a sacrifice for the city; Christian mortification is a kind of relation from oneself to oneself. It is a part, a constitutive part of the Christian self-identity. We can say that Christian pastorship has introduced a game that neither the Greeks nor the Hebrews imagined. A strange game whose elements are life, death, truth, obedience, individuals, self-identity; a game which seems to have nothing to do with the game of the city surviving through the sacrifice of the citizens.